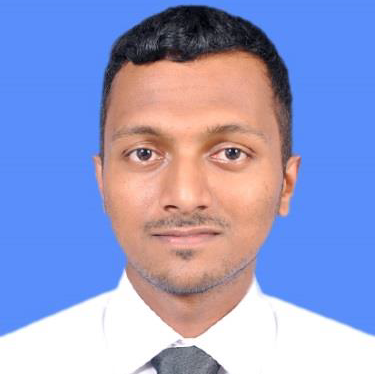 Dr.B.Janarthanan has obtained his B.Sc.Eng.(Hons) degree with First Class Honors from the University of Moratuwa in 2014. Then he worked as an instructor for five months and contract basis lecturer for five months at the University of Moratuwa. Later he has completed his PhD at the Queensland University of Technology, Australia. His thesis title is Structural behavior and design of cold-formed steel floor systems, in which different failure modes (web crippling, bending and torsion) of cold-formed steel unlipped channel sections were investigated.

He is a chairman of the Faculty Board appointed studentship/ scholarship committee and coordinator for B.Ed. in Engineering Technology at faculty, offered by National Institute of Education (NIE), Sri Lanka to technology teachers from North and East of Sri Lanka. His research areas are self-compacting concrete and failures of cold-formed steel.

His research interests are: