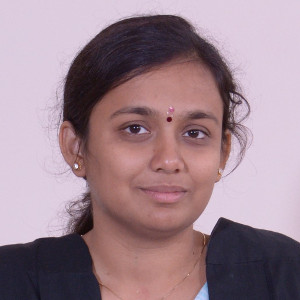 Mathuranthagaa Selvarathnam received her BSc Eng (Hons) degree with first class honours from Department of Electronics and Telecommunications Engineering, University of Moratuwa in 2011.
She did her six months industrial training at Millennium IT (pvt) Ltd in the year of 2010. Her career started as a Software Development Engineer in Test with Creative Search Technologies (Pvt) Ltd. Main area of work was on Enterprise Search and Custom Security Trimming for Search in SharePoint 2013. Later she joined Microsoft Development Center Norway in March 2013 and worked as Software Development Engineer in Test and then as a Software Engineer till September 2017. There, she contributed for prototyping and delivering today’s Delve, one of the services in O365, which helps to discover and organize the information that's likely to be most interesting to you across Office 365. She worked on integration of Office 365 user profile as part of Delve, adding documents to boards or favorites, Moving Delve web app to React.js and Typescript stack. She worked in publishing part of SharePoint as well. She did On Call Engineer duty for SharePoint and Exchange search as part of her work.

She has passed Diploma in IT and Professional Graduate Diploma in IT examinations offered by British Computer Society (BCS). She has completed CCNA routing and switching instructor training program in January 2019.

She has obtained US patent 10169457 with twelve other inventors titled “Displaying and posting aggregated social activity on a piece of enterprise content” in 2019.

She has received Certificate in Teaching for Higher Education (CTHE – University of Colombo) with SEDA(UK) accreditation in October 2020.