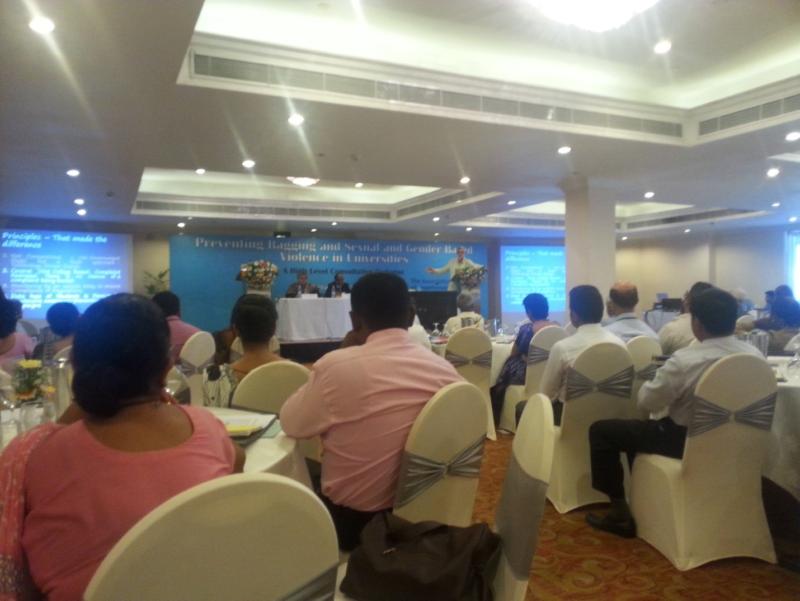 Vice Chancellors and Deans of the Universities in Sri Lanka, attended the workshop organized by the UGC on 22nd April 2016. This consultative workshop was on “Preventing Ragging and Sexual and Gender-based Violence in Universities” and it was held at the Galadari Hotel. This was the second in a series of initiatives workshops organized by the UGC during the year 2016. This forum was excellent to share the experience on preventing-methods already implemented in neighboring countries. Resource persons of this consultation workshop were from Association of Commonwealth Universities. This important workshop was organized with the target of developing the Universities as the Centers of Academic Excellence. The Faculty of Engineering of the University of Jaffna thanked the UGC and Ministry of Higher Education and Highways for giving opportunity on gaining this knowledge.